You could say she is an adult-contemporary artist, but her music incorporates a depth of elements from multiple genres, from folk storyteller traditions to blues and jazz nuance to country heartbreak to pop catchiness. And, with a voice blessed with impressive dynamics and range, she shifts seamlessly between sultry, Scotch-soaked chanteuse to pure Disney princess. It's not surprising that her music and her voice have found homes in a variety of mediums, from tv/film and commercials to video games and educational programs.

Genevieve spend nearly a decade touring the country before she felt burnout approaching, so she took a sharp left and disappeared into the South African bush. There, she used her other skills as a writer and photographer to pursue another passion in life: wildlife conservation. For several years, she ran around after animals, documenting them for local and international NGOs and managing to not get eaten by anything (though she did get bitten by a cheetah). And while she maintained a tether to the musical world through a connection in Cape Town (where she did session work on the rare times she WAS in civilization), she still felt a musical void. She did get the opportunity to sing a Zulu lullaby for a Pampers commercial, though, so that's something.

While in South Africa, her audience often consisted of little more than meerkats, lions, and rhinos. At one point, she taught music classes to children on one of the reserves she worked on, few of whom spoke any English, which was possibly more challenging than not getting eaten by a lion. But while it was all good for a story, it was not for a career. The musical beast was starving and needed feeding, which meant stepping out of the wilds of Africa and back into the, well, wilds of music. So she returned to the US and has been steadily working in the studio and on stages (and now from her own living room) ever since. 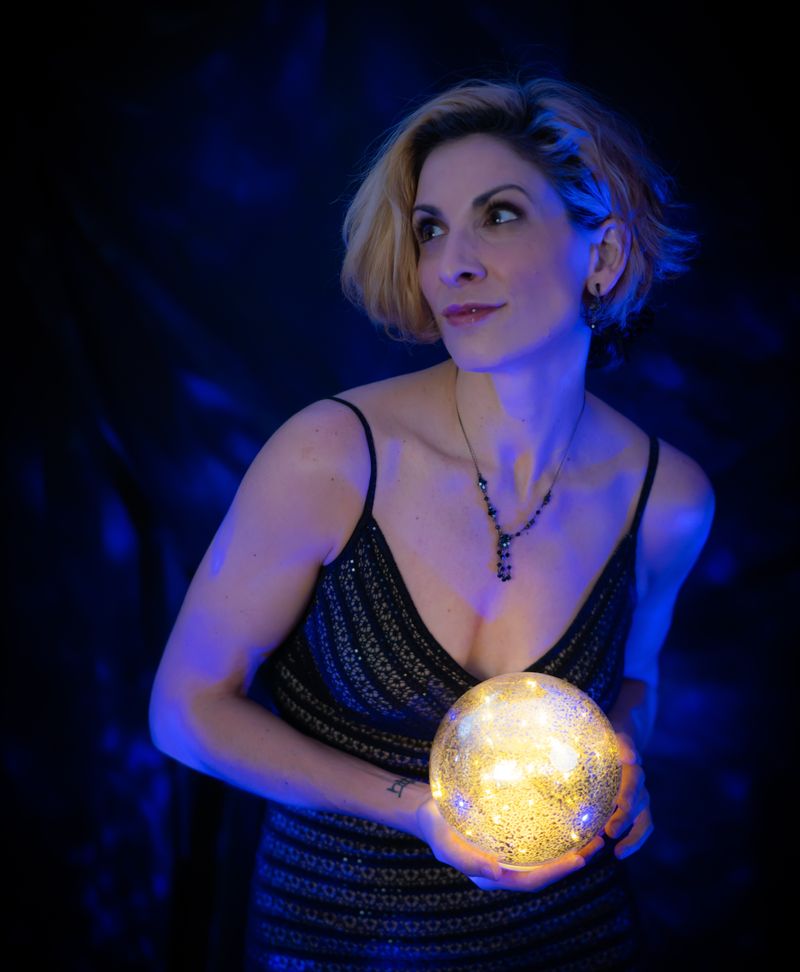 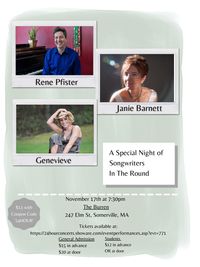 Songwriters in the Round featuring Janie Barnett, Rene Pfister, and Genevieve

Join Janie Barnett, Rene Pfister, and Genevieve for an evening in the round. These three seasoned artists have plenty of songs and stories to swap that will keep you both entertained and wanting more. Live music never sounded better! PS - one of the artists has a birthday that day. All the more reason to come out and celebrate with us.

Note: - Proof of Vaccination and ID To Match Is Required To Attend This Show - Somerville Currently has a "Mask Mandate" In Place